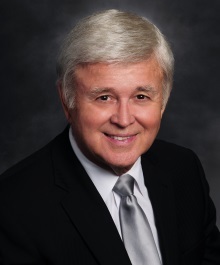 Ron Lestikow, BEST OF THE BEST

The City of Oshkosh has a rich and beautiful heritage that began in 1634 with Jean Nicolet traveled down the Fox River to make treaties with the local tribes.  Settled by the Menominee Nation, Chief Oshkosh ceded the area to the United States government in 1836 and shortly after, Oshkosh’s first non-native settler, Webster Stanley, migrated from Ohio to start a ferryboat operation.  In 1839, a meeting between the settlers was held and named the settlement Oshkosh after the honored Menominee chief.

In the early years, Oshkosh was known as “Sawdust City” as it was home to 24 saw mills, 15 shingle mills and 7 sash and door companies that were producing over one million board feet of lumber per year, equivalent to 15,000 rail carloads.  Despite several fires that destroyed much of the city, Oshkosh continued to expand and in 1866, Oshkosh was the second largest city in Wisconsin, behind Milwaukee.

As the milling industry began to decline, Oshkosh was known as “Oshkosh on the Water” because of its unique location between Lake Winnebago and Lake Butte des Morts with the Fox River running through the center of the city.  Beginning in the early 1970’s, Oshkosh started becoming “Event City” and now is the host to many events including Country USA, Rock USA, Lifefest, EAA Air Show, Sawdust Days, Waterfest, the Otter Street Fishery, a downtown gallery walk, farmer’s markets and the Winnebago County Fair.

Finding activities is not difficult!  Besides fishing, boating and skiing on the lakes and the river, you can bike or walk on the 14+ mile Wiouwash Trail or cool off at Pollock Community Waterpark. Relax and golf at one of the many 18 hole and mini golf courses; shop at the many stores and shops that can be found throughout the city, downtown and along I-41. Run and play at one of the 25 city maintained parks or visit the Oshkosh Public Library. Check out some of the local museums like the Oshkosh Public Museum, Menominee Park Zoo, the Military Veterans Museum, the EAA Museum or the nationally renowned Paine Art Center and Gardens.

Oshkosh boasts a proud tradition of education.  Within 5 years of Webster Stanley settling in the area, Oshkosh opened its first school and is now home to 14 public elementary schools, 5 public middle schools, 2 public high schools and many private and parochial schools.  Oshkosh also offers additional schooling with the University of Wisconsin-Oshkosh with its nearly 14,000 students and the Fox Valley Technical College which serves approximately 9,000 students each year throughout the Fox Valley area.

Today, Oshkosh and the surrounding area has a population of over 90,000 and an abundance of sights and sound for people to discover and enjoy. Check out some of the listings down below and plan your getaway to Oshkosh today!

Let’s take a closer look at this community.

Contact me to talk about all the opportunities in this area.

Homes for sale in Oshkosh:

First Weber Realtors is the most comprehensive source for Wisconsin and Upper Michigan real estate.

First Weber Realtors is headquartered in Madison, WI and has more than 70 office locations and nearly 1,400 real estate professionals serving Wisconsin and Upper Michigan, and with services available in Minnesota.